The speaker Bill Pryor was part of the previous event. To review the most recent speakers list, click here.
View All Speakers 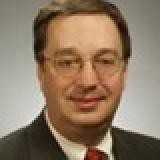 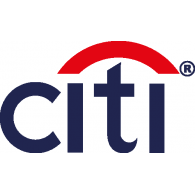 Bill joined Citi in 2015 and is responsible for the overall data strategy of the Custody and Fund Services business including client-facing online tools, performance measurement, risk analytics and investment compliance. Prior to Citi, Bill was with J.P. Morgan as Managing Director and Global Head of Investment Information Services. From 2006–2013, Bill was with State Street Financial where he was Senior Vice President and global head of State Street Investment Analytics (SSIA). During Bill’s tenure with State Street he led the growth of the analytics business from $5 to $11 trillion in assets under measurement. In 1997 Bill was tapped as CEO and President for Russell/Mellon Analytical Services, a position he held from startup through to full acquisition by Mellon Financial in 2005. Prior to the formation of Russell/Mellon, Bill was with Mellon Trust (and The Boston Company) organization for 18 years were he had various management roles in the performance and analytics business including IT, client service, sales, product management and group head. On three separate occasions, with three different organizations, Bill has had the privilege to lead the effort to become world’s largest provider of performance analytics services, as defined by assets under measurement. During his career, Bill has held numerous board of director positions including Russell/Mellon Analytical Services LLC in the U.S., U.K., Canada, and Australia (as chairman), Elkins McSherry Inc. (as chairman), Complement AG (as vice chairman) and Allocare AG. Bill graduated with a B.A. in economics and a minor in computer science from Westminster College in New Wilmington, Pennsylvania.

Check out the incredible speaker line-up to see who will be joining Bill.

*Processing your payment may take a moment. Please click submit payment only once, and do not refresh this page. Doing so may result in your credit card being charged more than once.

We use cookies and similar technologies to recognize your visits and preferences, as well as to measure the effectiveness of campaigns and analyze traffic.
To learn more about cookies, including how to disable them, view our Cookie Policy